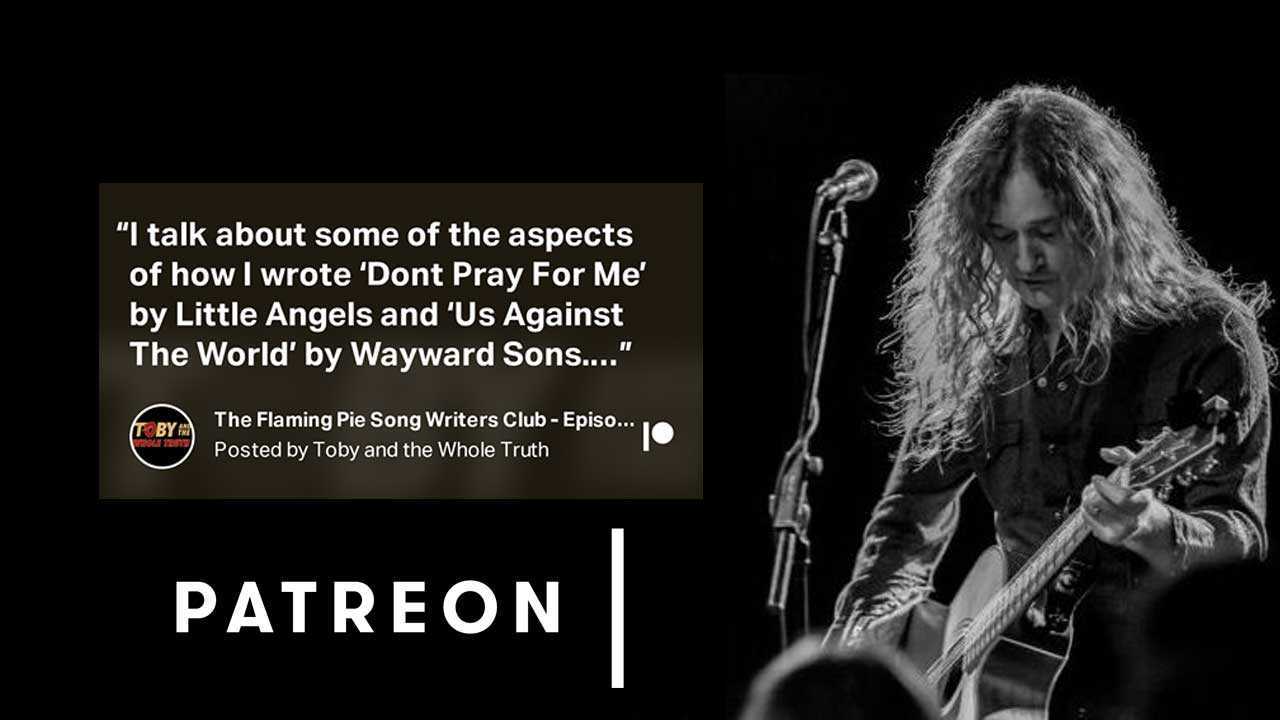 On Monday evening I held the inaugural ‘Flaming Pie’ song writers club via ‘Toby and the Whole Truth’s’ Patreon community.

To get things started, I felt it was important to outline in broad strokes the methods and ethos that I employ as a songwriter.

Song writing is an extremely personal experience, in my estimation, and is almost impossible to explain, but through the course of the one hour and 20-minute broadcast I attempted to do just that and I hope those that watched it at least got a vague understanding of this.

It’s interesting to me, but once I started talking about it to the attendees, the explanation actually went better than I could have anticipated! So much about song writing is to do with the human spirit and as such exists on an emotional level as much as it does the physical and by this I mean playing guitar is only one part, and actually in my opinion quite a small part, of that experience; much more is about how you ‘feel’ and then as a consequence, deliver that feeling.

As I explained on Monday night, the biggest and most challenging aspect of becoming a songwriter is to know yourself. This may sound like something simple but it is anything but! Art is not a mechanical thing it is entirely prompted by a need to demonstrate an idea manifest in something physical.

In my case the manifestation of that need to discuss, challenge, and explore the human condition, and comes out of me in the form of songs. To try and explain where those songs come from is where this conversation gets sticky because I simply cannot do so easily. It has a lot to do with allowing the mind to be as open to all possibilities of life experience as possible as the moment you shut the door on this idea is the moment our imagination becomes inert.

The best songs I have ever written have appeared out of nowhere like a phantom and have visited themselves on me. Perhaps the greatest challenge of song writing is to recognise and then grasp the kernel of that idea, not let it go, but more importantly understand where the heart of that inspirational moment lies. The next most important aspect is to leave it as intact as possible – it is easy to destroy the very essence, so the discipline I have honed over the years is to recognise when I’m overcooking an idea. Keep it simple, that should be the whole of the law.

Once I have my metaphorical hands around an idea I gently try and coerce it into a usable format that can communicate that idea clearly but more importantly in the most poetic manner possible.

I spent the 80 minutes talking about these things and demonstrating some of the aspects of how I wrote ‘Dont Pray For Me’ from the Little Angels album of the same name, and ‘Us Against The World’ from the ‘The Truth Ain’t What It Used To Be’ album by Wayward Sons. These two songs were written in similar ways in many respects inasmuch they were inspired by a thematic narrative but that is where the similarities end. ‘Don’t Pray For Me’ was an inspired moment that I found almost impossible to write down quick enough as the idea burst out of me in a way, up until that point I hadn’t ever experienced. ‘Us against the world’, by comparison was written initially off the back of an exercise to see if I could descend the fretboard of a guitar in semitones.

It was a fun night and I look forward to the next time and going forward I will be offering topics of conversation so we can delve deeper into the layers below the surface of song writing so if you are interested in song writing and songwriter is, I look forward to your company on the next Flaming Pie episode (scheduled for Monday 20th July). 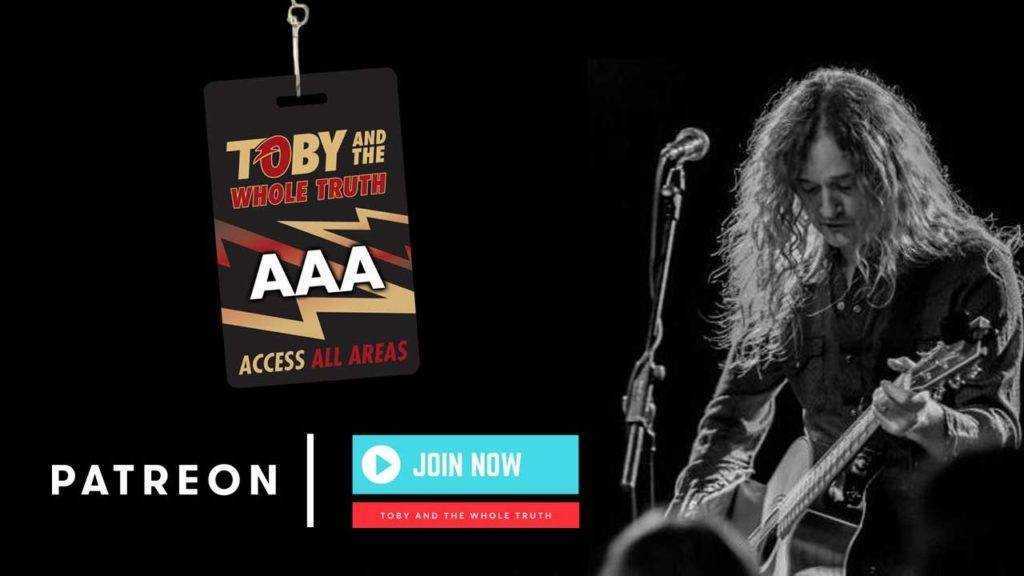