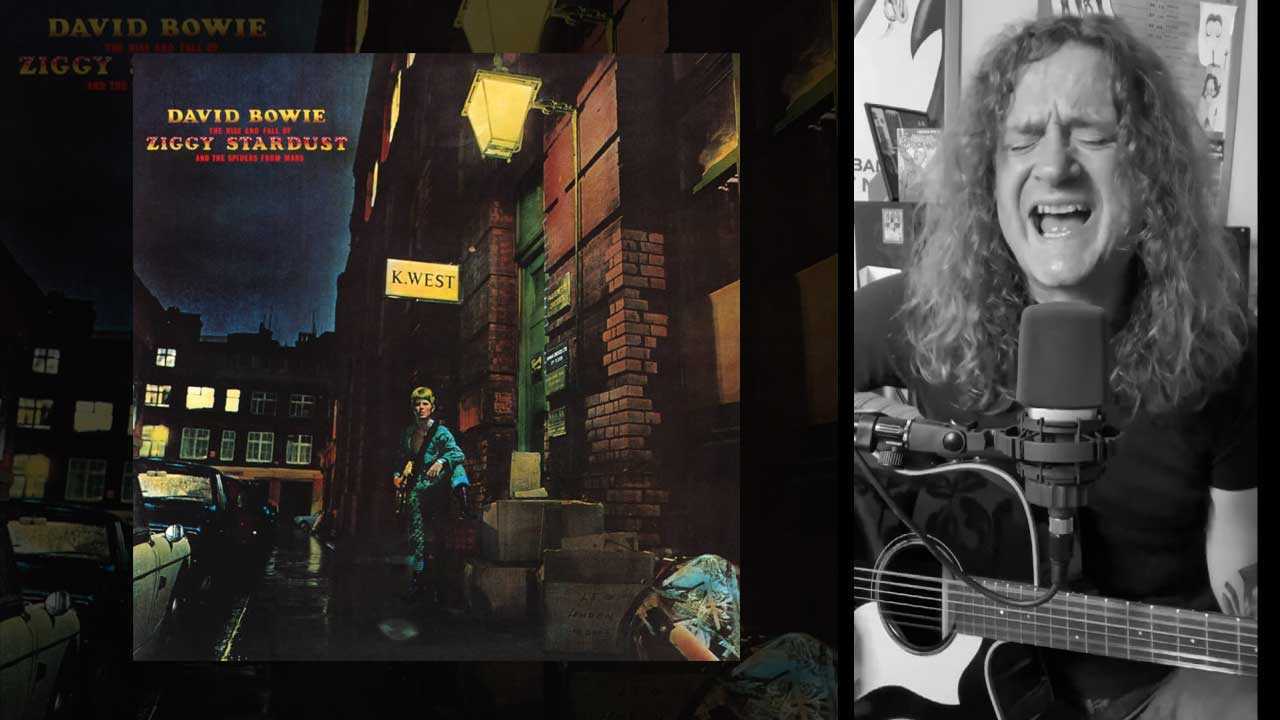 Coming in between Hunky Dory and Aladdin Sane, the Ziggy Stardust album was perhaps the moment where everything crystallised for Mr Jones.

A ‘sort of’ concept album about a bisexual alien rock superstar (that eventually Bowie had to abandon surrounding his obsession with the character) party inspired by his love of Iggy Pop and Lou Reed, this was a work of genuine genius by a creative powerhouse intent on changing the world (Bowie stated at the time that he was bored of denim and hippies)

The song I’ve performed here is my favourite from the album, but it’s hard to choose really. For the opening gambit of ‘Five Years’ through ‘Starman’ to ‘Rock n Roll Suicide’ the complexity, the humour and the almost sanguine approach to life through the cracked lens of one of the worlds greatest ever jesters is breathtaking.

Quite simply the master of disguise, a troubadour wrapped in the clothes of a prophet, an intoxicating art supremo who’s invention is only equalled by the sheer quality of the writing. IMO the greatest musical solo artist ever.

I’m in debt and awe in equal measure.

I hope this goes some way to honouring his peerless career.
I’m so lucky to have been alive whilst he was.