I’ve said it many times but I believe David Bowie’s 4th studio album HUNKY DORY – released in December 1971 – to be the greatest album ever made.

It is a big claim I know but for me it’s indisputable.

Songs first and foremost. On this record you can hear the first emergence of what he was to become. Most commentators cite the Ziggy album as the culmination, the fulcrum around which he built his expanding world  and of where his alter ego finally crystallised, but I beg to differ.

Recorded at the end of a huge US tour and featuring, for the first time, the band he would use for the duration of the most celebrated period, this album is a triumph of creative ingenuity.

But it’s not just that.

The layers of beauty are deep and vast, created by an emerging talent who was forging music of such clarity and complexity that was way beyond his years. He was 24 years old.

It’s the breadth of vision that astounds. There is a knowing confidence that invades every second of the album. His understanding of himself is staggering and it is a surprisingly sweet, sensitive record.

I cannot and will not pigeonhole this record – it isn’t ‘Rock’ it certainly isn’t ‘pop’, it straddles genres like a colossus taking pieces of the baroque, chamber music, classical piano concertos and mixing it all with an alien like blend of hocus pocus rock ‘n’ roll all glued together with cultural references and a knowing wink.

The connection to his generation is awe inspiring with lyrics that deftly define it in simple phrases drawn from the same well as Shelley, Keats or Byron. Intellectual social commentary by way of music hall poetry.  A genius – no question – who’s sceptical romanticism spoke without effort to the restless youth. He was one of us. A champion of the people.

It’s perfect from start to finish. Every time I put it on – which is at least once a week I’d say – I hear something new.

The performances are incredible from all concerned, the newly acquired members Trevor Bolder, Woody Woodmansey and Mick Ronson alongside the keyboard wizardry of Rick Wakeman bring careful beautifully judged parts to what must have been a journey of real excitement – how could it not have been with songs THIS good.

I love pretty much everything Bowie ever did. He was always challenging and was never boring or predictable. He never sat back and patted himself on the musical back. He changed, he moved, like quicksilver he blended and slithered forcing the listener to do the same.

His legend grows with time but i’d say this album was where Bowie cemented the foundations with this groundbreaking, beguiling collection of songs that are up there with any of the greats from history. 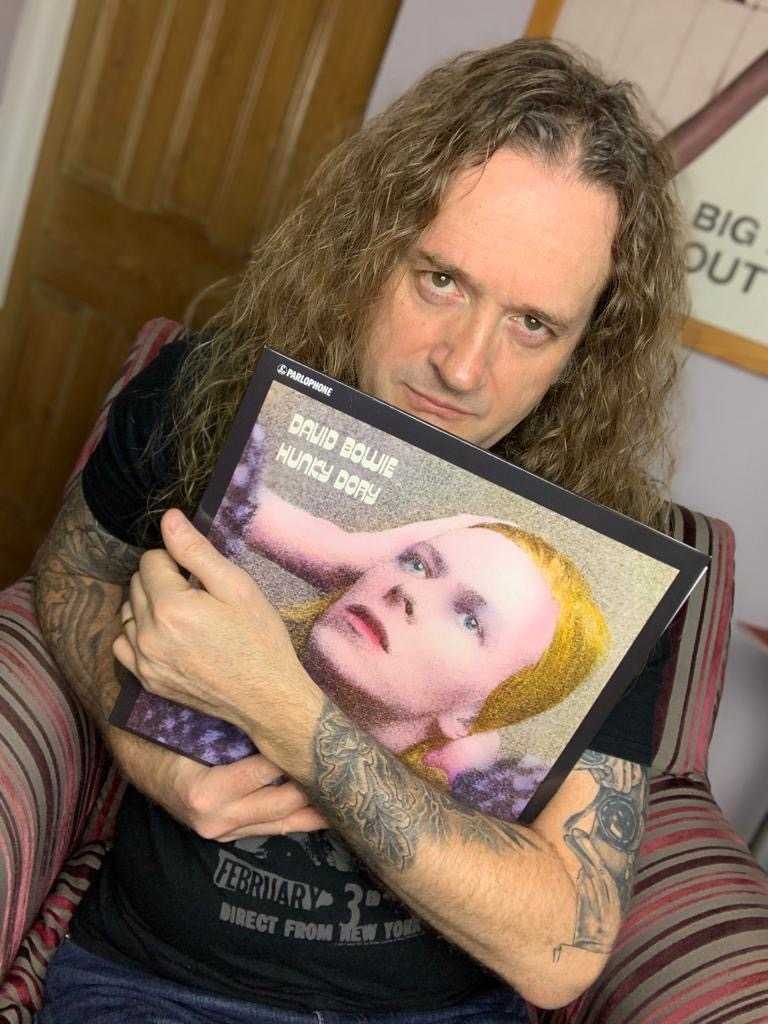