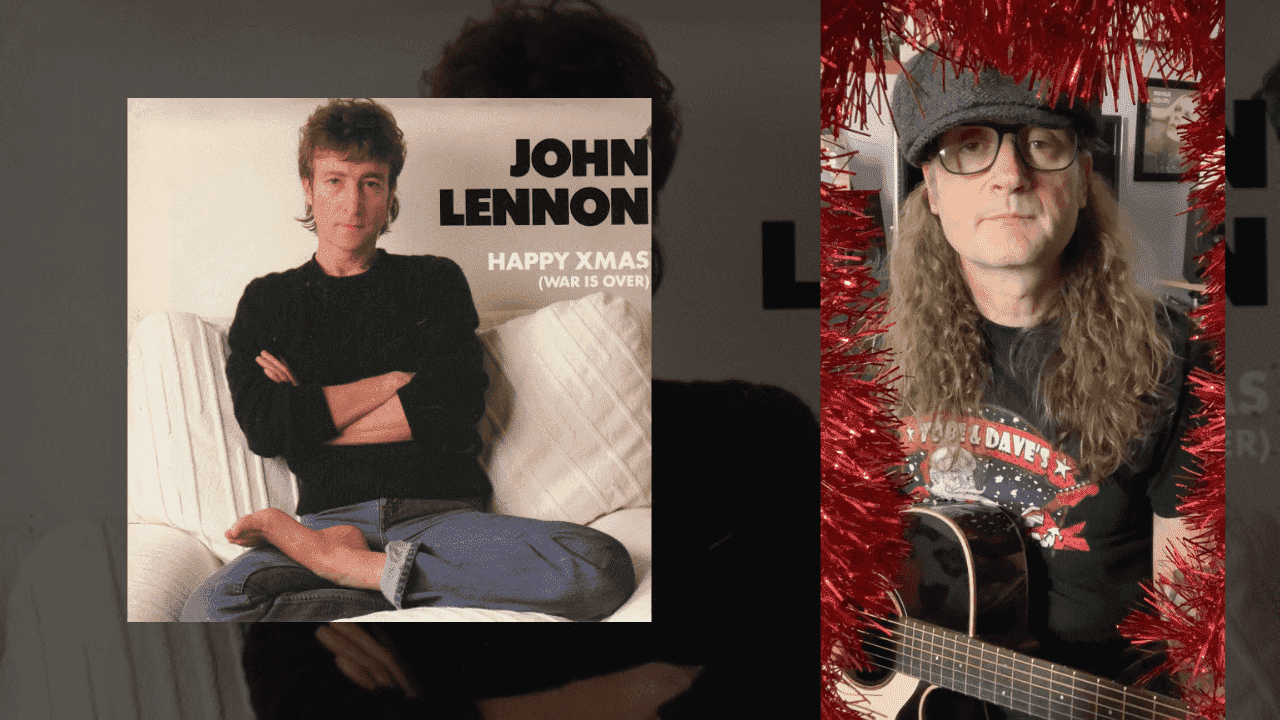 For many – including me – John Lennon represents a flawed hero.

A man who’s natural songwriting skills informed his generation of a changing world, has continued to shine a light on the inadequacies that are as obvious today as they were back when this searching, questioning Christmas classic was released back in November 1972.

After the Beatles split in 1970, Lennon headed to the US and specifically New York to begin the transition to a solo artist. He had found the love of his life in Yoko Ono and his obvious adoration for her began to seep into his writing. Yoko is credited as a co-writer on this song ‘Happy Xmas – war is over’ and it was produced by legendary hitmaker Phil Spector – one of the very few men that Lennon looked up to.

It was recorded at the record plant in New York in October of 71 using a school children’s choir from Harlem. It Was released first in the US that same year – December 1st – but the U.K. had to wait eleven months to put it in the charts at number 4. It became a bigger hit in 1980 (number 2) after his assassination outside of the Dakota building on Central Park.

To be a song writer is to hold a responsibility of delivering a viewpoint or message in as simple a format as possible. To communicate an idea with wisdom and vision in a way that can captivate and, in the case of this song certainly, seek to change attitudes and opinions. Lennon might have been a mess of contradictions and certainly a chameleon of sorts, but I don’t have a doubt personally that his intentions were grounded in wanting to do good.

His songs don’t just live with me, they have a haunting affect that is hard to dismiss. They are in my very bones and have changed my life profoundly.