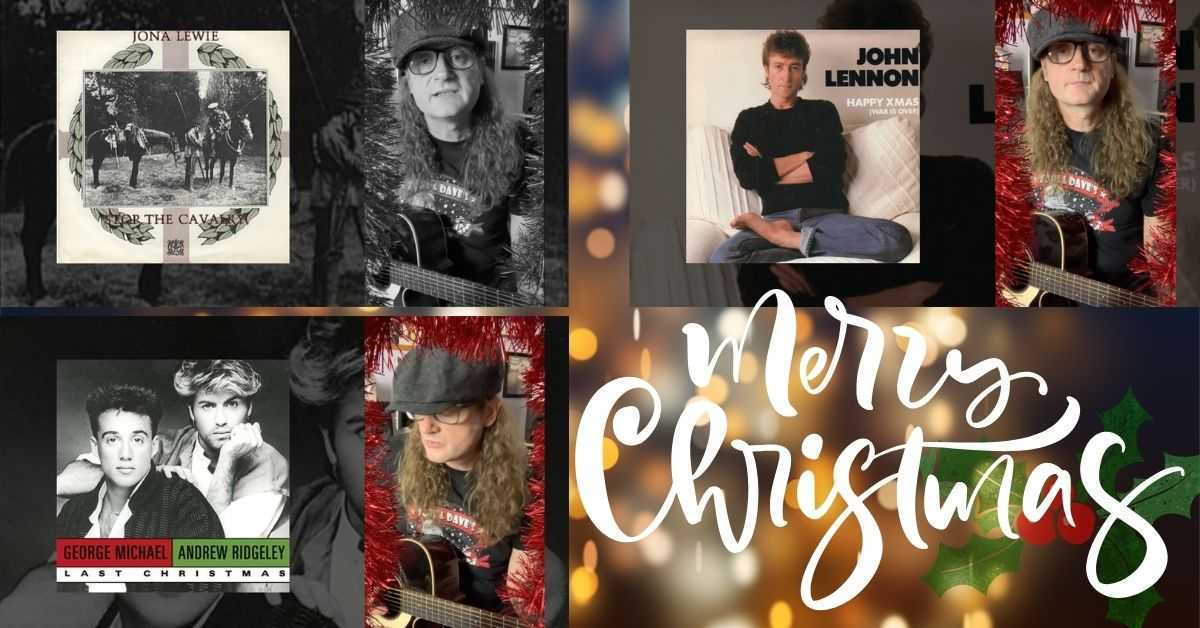 I wish every single one of you the very merriest of Yule celebrations.

It’s been a tough year, but hope springs eternal, so here’s to a brighter future.

Thanks to everyone who has shown me such incredible support through what was an extraordinarily challenging year.

I send love and positive energy to all.

Merry Christmas! To celebrate I have covered three of my all time favourite Christmas songs, with each one having a poignant message behind them of times past, yet hope for the future..

All the very best

I remember hearing this song for the first time vividly. I was 13 and It appeared the same year John Lennon was murdered in December 1980 and was only kept from becoming number one that year by two reissues of Lennon’s work.

It’s an oddity for sure, and wasn’t actually written specifically as a song for Christmas by Lewie whose original intention was to write a protest song focusing on the insanity of war basing the lyric on the eternal soldier concept. However, because of the line ‘wish I could be home for Christmas’ and the use of a brass band arrangement, the song was unintentionally perfect for the season and was an instant hit. It has since become one of the most played songs over the Christmas period ever in the U.K.

There is a deep melancholy that resonates within this most simple of songs and has always brought a lump to my throat – at a time when we are having fun, rejoicing in our loved ones and reflecting on the year gone by as well as looking forward to the future, it brings pause and speaks of the horror of what so many have had to endure, as Jona says ‘down throughout these centuries’.

The best songs of protest hold a mirror up and poke our conscience, and say ‘don’t forget, this is still happening’

It is my favourite ‘modern’ Christmas song, and hearing it puts me right back to watching ‘top of the pops’, anticipating the joys of Christmas yet to come and seeing the video for the first time. It is a beautiful lesson in the art simplicity, being almost childlike in its nursery rhyme melody and rhythm. The lyrics are wonderful, but slightly odd in their delivery which somehow makes the whole thing even more effective.

I’ve had to sing the horn parts, so forgive my useless rendition, but I genuinely love this song and if you don’t know his wider work I’d urge anyone interested in the post punk U.K. scene to check out his albums:

He is vastly underestimated and a national treasure. 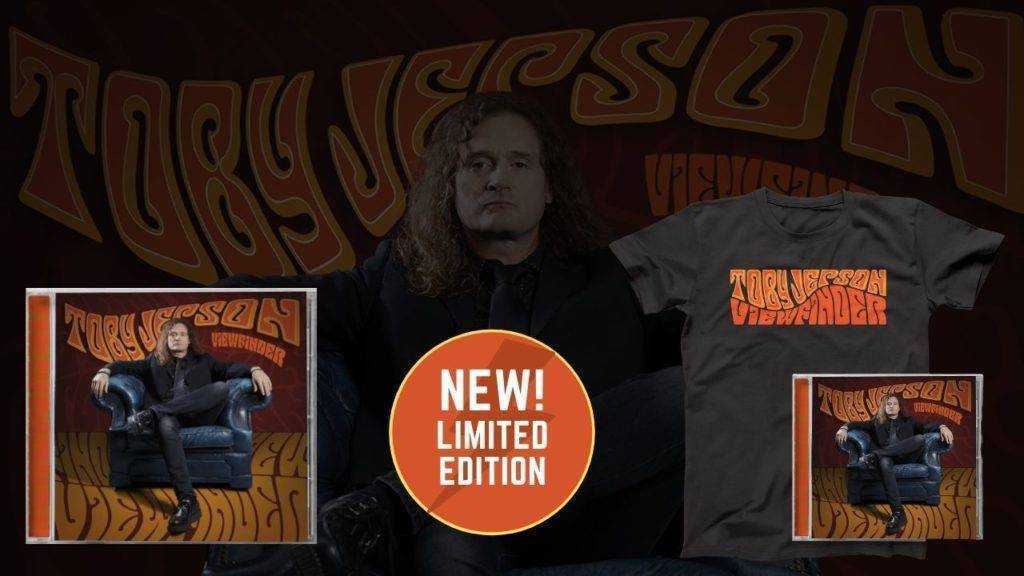 Accompanied by a stylish retro t-shirt; ‘Viewfinder’ is a remastered collection of Toby’s favourite solo material which curates songs from the ‘Refresh’ EP, ‘Twisted Rhapsodies’ double album, ‘Guitar Bass and Drums’ trilogy, and the ‘Raising My Own Hell’ mini-album.

The ‘Viewfinder’ album is completed by four rare and unheard bonus tracks from Toby’s vault, making this limited edition 20 track album not to be missed by fans and is available to pre-order for a short time only.

For many – including me – John Lennon represents a flawed hero.

A man who’s natural songwriting skills informed his generation of a changing world, has continued to shine a light on the inadequacies that are as obvious today as they were back when this searching, questioning Christmas classic was released back in November 1972.

After the Beatles split in 1970, Lennon headed to the US and specifically New York to begin the transition to a solo artist. He had found the love of his life in Yoko Ono and his obvious adoration for her began to seep into his writing. Yoko is credited as a co-writer on this song ‘Happy Xmas – war is over’ and it was produced by legendary hitmaker Phil Spector – one of the very few men that Lennon looked up to.

It was recorded at the record plant in New York in October of 71 using a school children’s choir from Harlem. It Was released first in the US that same year – December 1st – but the U.K. had to wait eleven months to put it in the charts at number 4. It became a bigger hit in 1980 (number 2) after his assassination outside of the Dakota building on Central Park.

To be a song writer is to hold a responsibility of delivering a viewpoint or message in as simple a format as possible. To communicate an idea with wisdom and vision in a way that can captivate and, in the case of this song certainly, seek to change attitudes and opinions. Lennon might have been a mess of contradictions and certainly a chameleon of sorts, but I don’t have a doubt personally that his intentions were grounded in wanting to do good.

His songs don’t just live with me, they have a haunting affect that is hard to dismiss. They are in my very bones and have changed my life profoundly.

With the ‘Toby and the Whole Truth’ Patreon community this is much more than a simple ‘behind the scenes’ scenario. This is Toby’s life as a music artist, ﬁlm maker, podcaster, broadcaster and music producer laid out for you to enjoy at your leisure but not only that, it is also an opportunity for you to help inform me as I continue to pursue my passion for creativity in the arts. Expect exclusive music, videos, live streams, merchandise, special member only events, patron clubs (music, movies, books, and songwriting) PLUS unseen materials from my archives,  Access All Areas, and much more.

1984 was a hugely memorable year for me.
So many great films were released: Ghostbusters, Beverly Hills cop, Gremlins to name but three as well as the introduction to the world of cinema of the wonderful John Hughes.
World events were also hard to ignore: Apple launched its first personal computers on an unsuspecting globe, Virgin Atlantic was launched by Richard Branson, The space shuttle had its third mission, DNA fingerprinting was introduced for the first time, and tragically Indira Ghandi was assassinated and AIDS was first reported as a threat

In terms of music, there was some brilliant pop music emerging, Madonna was on the rise, Frankie Goes to Hollywood said ‘Relax’ and it was the year that Bob Geldof and Midge Ure created ‘Do they know it’s Christmas’ which shook and changed the world.

But the song I remember best, released on the 3rd December, was this fantastic slice of Christmas romanticism by George Michael.

When I was at school it was a fact that you couldn’t like pop music if you were a ‘rocker’ or ‘metal head’ – it was such a strong ‘ethic’ that friends would desert you should you commit the heinous crime of making the slightest uttering to the contrary. Seriously! But I didn’t believe that load of old nonsense, I was a fan of EVERYTHING as it seemed crazy to me to ignore the talent and life affirming qualities of so much great music.

I’d secretly been a fan of WHAM since they emerged – it was the songs, George Michael was, from the very start, a talent of extraordinary ability who’s songs were pure pop and enormously accessible – yeah, they were bubble gum and saccharine sweet, but they were so well conceived and possessed of that magic X-factor (a genuine use of that phrase here) that they ignited a fresh, joyful pop movement that captivated the world and for no small reason.

This track became a huge hit and has been covered by many. It’s sentiment at first glance, doesn’t appear to be anything complicated but scratch the surface and there is clearly a deeply rooted sense of yearning and heartbreak going on here. For a gay man in the early 80’s, especially a pop icon loved by millions of women and men alike, it must have been incredibly difficult for George. Homophobia was still not challenged and this year saw the terrible nature of AIDS rear it’s dreadful head, which only served the haters with more ammunition.

To write a song that truly lasts the test of time is perhaps the hardest thing to do in the art of music. No one I’ve ever met can genuinely pin point or reveal a true formula of what it takes to make a hit, but one thing is for sure, there are those artist that become part of the very fabric of our times, that seemingly and effortlessly produce music that enters the collective consciousness and George Michael is one.

I unashamedly love this song and wish I could write something this good.

I haven’t got this right really, once you start examining the metre and rhythm of the words, it once again reveals what a genius he was. I’ve done my best.

It is without doubt the greatest – and maybe ONLY – Christmas heartbreak song.