Born To Be Wild – Steppenwolf 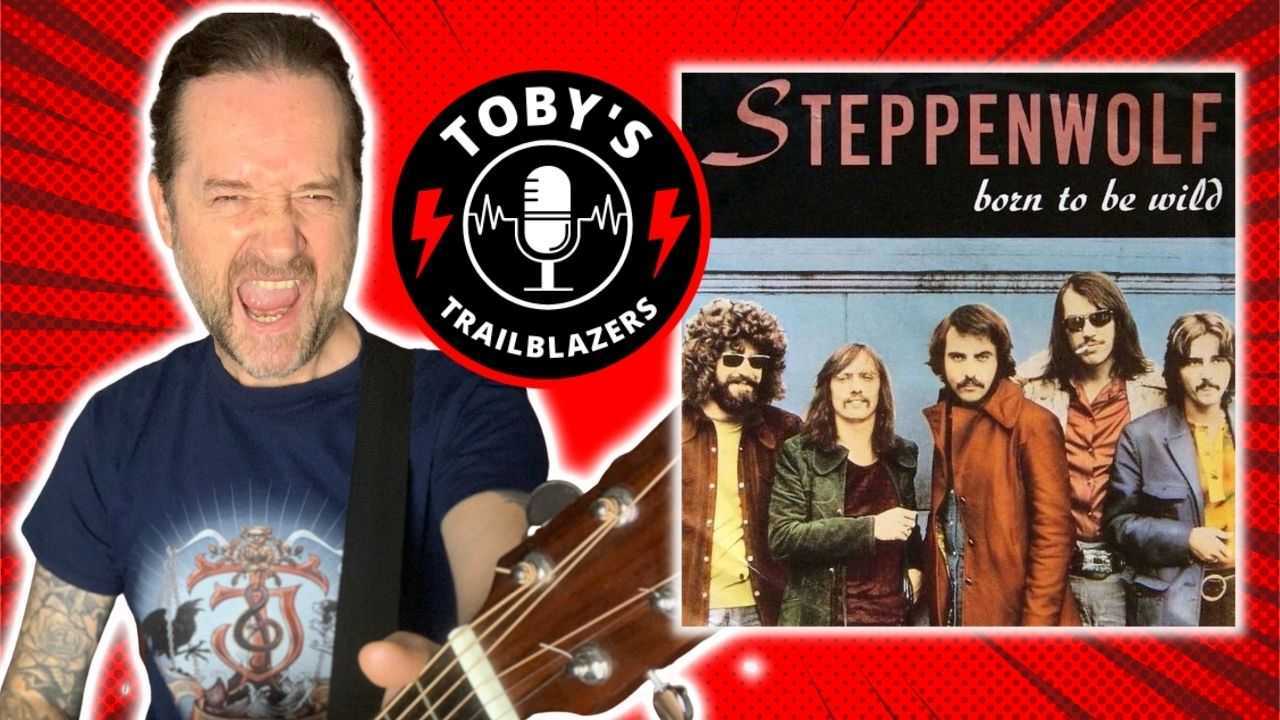 In this new series of blogs I will focus on tracks that have been enormously influential in my life and in the world of rock n roll down through the ages welcome to: Toby’s Trailblazers.

Thats right folks saddle up once again as we trek across the badlands of music to sit warmly by the camp fire of inspired, visionary artists.

This weeks choice is perhaps one of the most well know and beloved rock songs, well…ever!

Back in 1968, Canadian song writer and guitarist ‘Mars Bonfire’ – which, let’s be honest, HAS to be up there with greatest stage names ever – was a founding member of Steppenwolf, that had formed out of the ashes of Mr Bonfires – real name Dennis Edmonton – previous outfit The Sparrows. It was the late 60’s and all around them raged the fires of new music hitherto never heard or seen before, The British Invasion had changed the way the world viewed contemporary music, youth culture was rising – the Beatles had just released the seminal album Sgt Pepper. Change had happened and was accelerating quickly.

Steppenwolf first singles were minor successes, but it was to be their third release from their eponymous debut album that struck gold.

BORN TO BE WILD, released June 1968, was an instant hit and ended up at number 2 on the billboard top 100, but its association with the burgeoning counterculture movement and its inclusion in the film EASY RIDER was to cement its place in the very foundations of rock forever.

Often regarded as the first ‘Heavy metal’ song – largely because of the phrase ‘Heavy metal thunder’ being featured in the lyrics, the song quickly became associated with biker culture. The leather, the smell of gasoline, chopper bikes, drug imagery and freedom soaked the song in iconography and planted it firmly in the DNA of what would emerge later as Hard Rock and Heavy metal.

Easy Rider is without doubt a pivotal moment in the advancement of alternative lifestyles, the search for identity and a casting off of the shackles that had remained since the second world war. For me, I remember watching the film wide eyed as a teenager as Dennis Hopper and Peter Fonda raced down a seemingly endless American highway ‘Looking for adventure’ whilst stuffing handfuls of dollars into his bikes fuel tank – it seemed surreal and dream like, but exciting non-the less, and with BORN TO BE WILD blasting out of the soundtrack, there is no mystery as to why it connected to me and so many.

Years later, it would be one of the first songs I’d ever play live in front of an audience, at a tiny hotel in the even tinier village of Muston near Scarborough. It seemed almost impossible NOT to include it in our set (the band was called Zeus and featured Mark Plunkett on bass and the first Mr Thrud drummer Paul Charlesworth) which also featured ‘Satisfaction’ and ‘Alright now’ as well as some poorly written original material. There I was, red and black stripped jeans, a rising sun motif T-shirt and white boxer boots, playing a £5 les Paul copy BADLY – but even I could somehow manage BORN TO BE WILD – that’s part of its genius – it’s so simple and awesome because it is.

I don’t think anyone sits down a decides to write a ‘classic’ it can’t be one until certain criteria are reach – namely it lasts the test of time, never gets old and STOOD for something important that helped shape an era. Can’t be argued that this amazing song ticked all of this boxes.

The song has been covered by many over the years – Zodiac Mindwarp, Kim Wild, Link Wray, Slade, The Cult, Slayer, Bruce Springsteen and Wilson Pickett and aside from EASY RIDER, has featured in several films and a multitude of TV shows. It is so well known that it’s presence is dug into our collective consciousness so much so that it ranks along side coca-cola, Mickey Mouse and Levi Jeans for the phenomena I’d call ‘ever-present’.