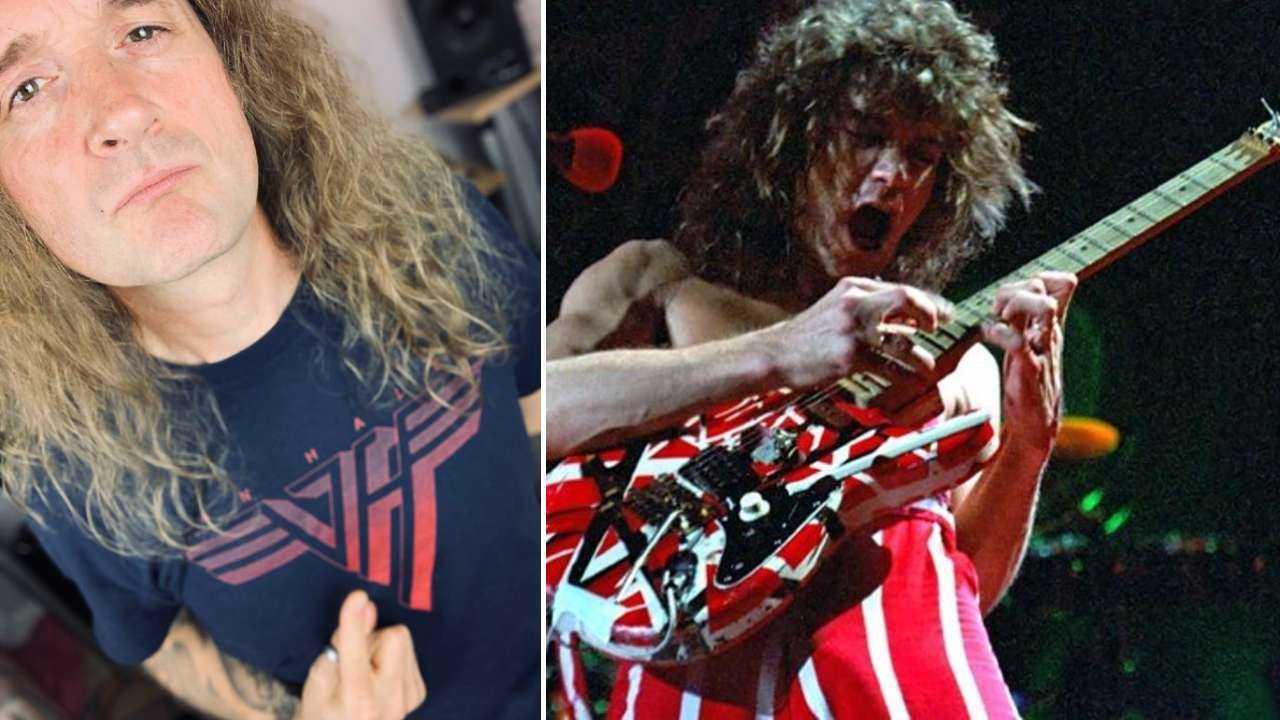 I’m devastated to hear about the passing of Eddie Van Halen.

The time Little Angels spent on the road touring with Van Halen in 1993 was some of the best times I have ever spent as a musician.

Eddie was so great to us, he was a massive supporter of the band and spent so much time with us hanging out in our dressing room and just shooting the shit. Always a smile on his face, never anything but fun and generous. He literally kept us on the tour at one point after we made a mistake with the journey to the first gig – everyone lost their shit, he just laughed and gave us all a hug – problem solved.

A genuine, exceptional, humble man with a gentle spirit that shone every time he walked in the room or stepped on the stage.

I can still remember watching him and the band from the side of the stage – every night – he was mesmerising and I believe he has to be counted in the top 3 greatest guitar players ever.

He has had so many imitators since he emerged that its become hard to remember what he did with the guitar that brought him so much attention, but it was groundbreaking and defied description, he truly did something new with old ideas and re-shaped the way a whole new generation of players looked at the guitar and what it could do. Genius is no exaggeration – he made it look so easy – surely the best description of genius there is.

Not long after we finished the tour, I remember hearing that he’s developed cancer in his throat, but seemed to beat it and indeed came back stronger than ever when the band got back in the studio and released the vastly underrated ‘A different kind of truth’ in 2012. It’s a record of real wit and knowing and the guitar playing is stunning – again.

For me, the quintessential American rock n roll band and Eddie was the driving force behind them. Nobody played like him.

I feel deeply shocked by this, I hardly knew the man, but grew up with his music and eventually got to know him for a short time and he was everything I’d hoped he would be.

So long maestro, thank you from the bottom of my heart, we were truly blessed to experience your talent.