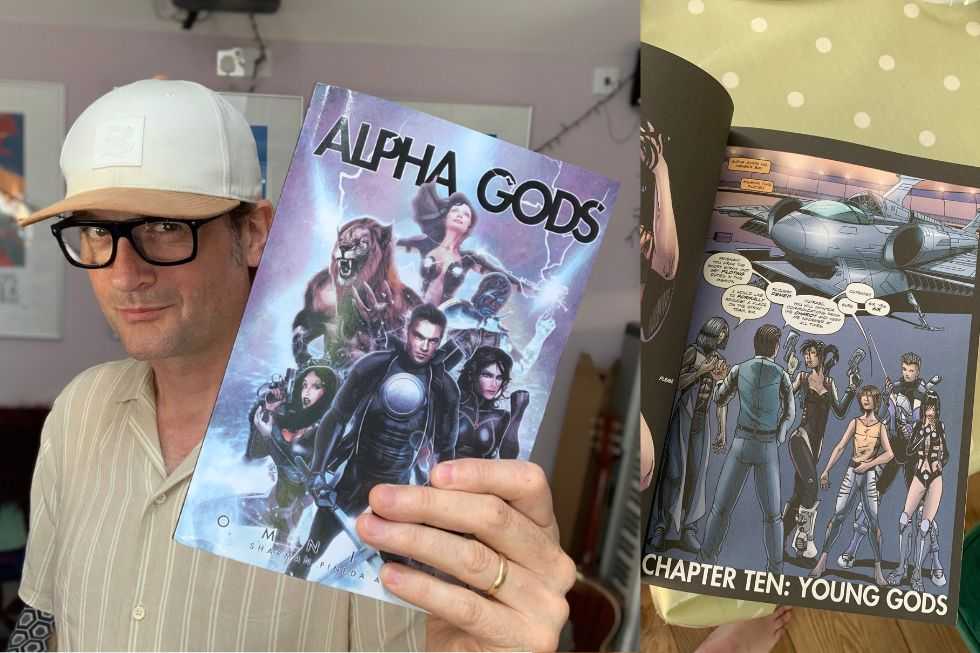 It’s amazing how things work out! Recently I was contacted by an author called Ian Sharman, who is the editor in chief of a graphic novel publishing house called ‘Markosia‘.

Ian explained that as a kid, he discovered Little Angels and that the songs from ‘Young Gods’ were the primary inspiration for what turned out to be his breakthrough series of stories. Initially Ian was keen to put the characters and stories under the ‘Young Gods name, but eventually opted for ‘Alpha Gods’.

What is wonderful about this, is that Ian has used the song titles from all the LA albums as his chapter heading (in the first series of stories) and has taken his cues from them to write the tales.

I feel very honoured, and as a massive fan of graphic novels, this is an exciting addition to the history of all that is LA.

Ian kindly sent me a copy of the compiled stories, pictures of which I have included here. 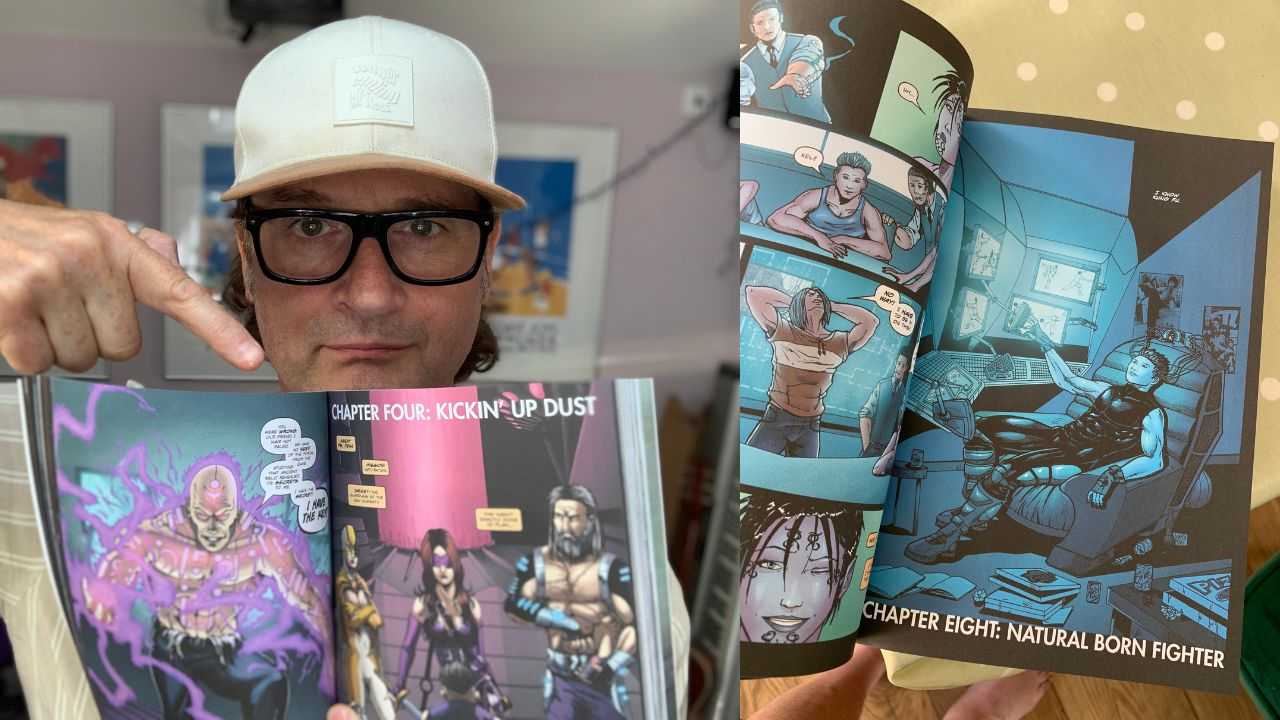 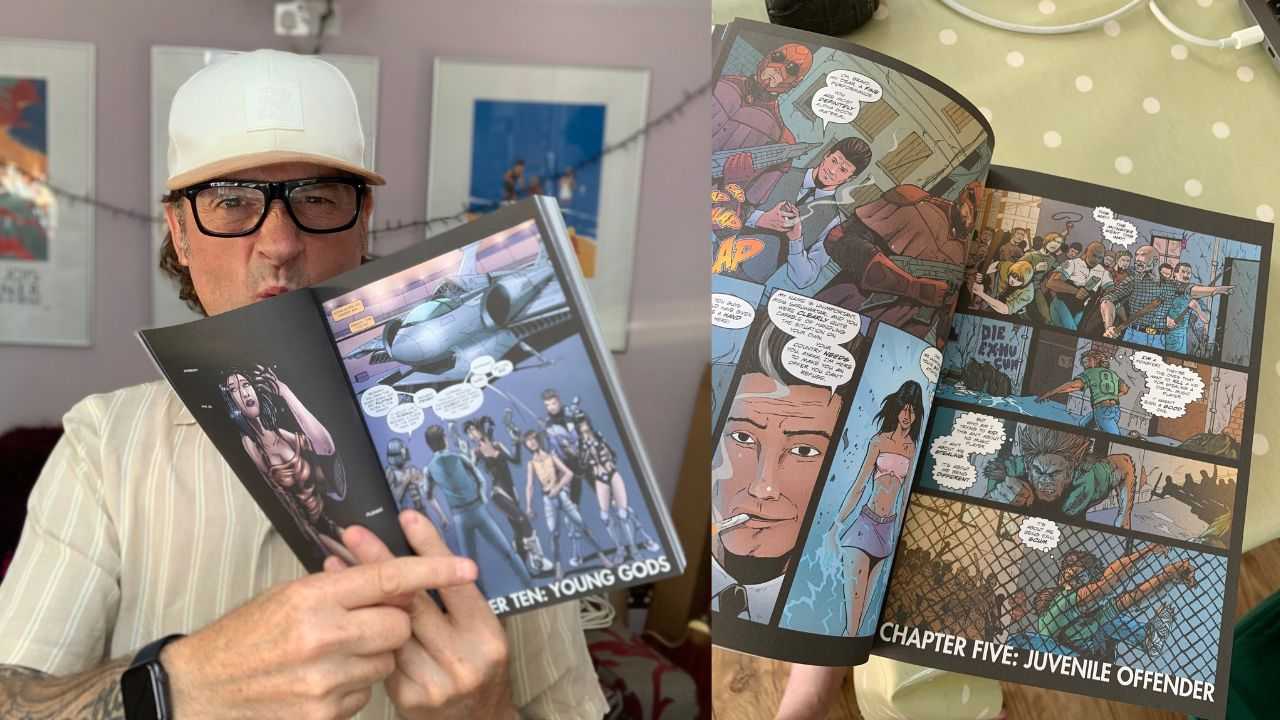 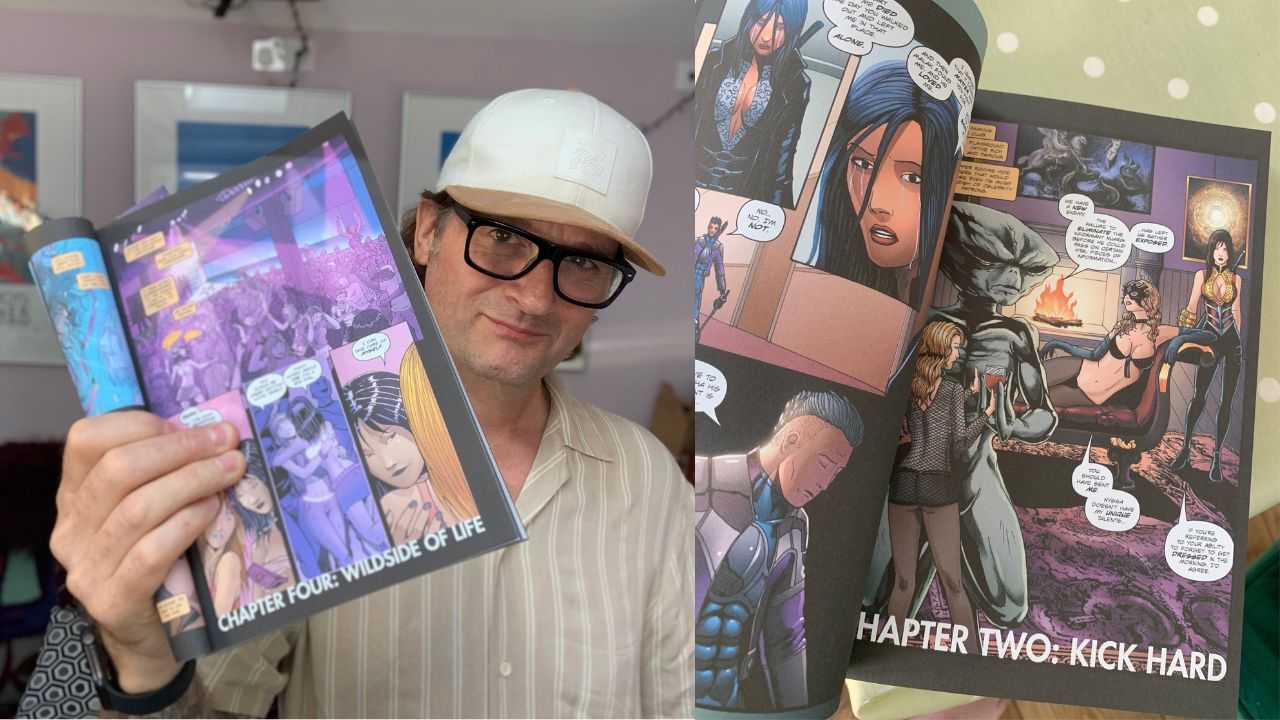